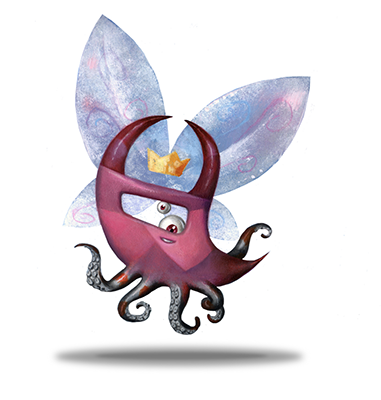 ‘Are you afraid of Monsters?’ grew from a conversation with my then three year old grandchild. The psychologist and teacher in me immediately responded to her question with the thought that if one three year old child was concerned with this fear then others were also.

Since then I have found this is definitely the case and heard numerous stories from parents about their children’s fear and the strategies they have tried to combat it ranging from ‘monster spray’ to ‘dream catchers’.

Cameron Singleton, the Melbourne artist who illustrated the book felt uniquely qualified for the task having drawn monsters extensively in his own childhood! Children respond enthusiastically to his illustrations and sometimes surprise me with their perception of the details within them. The attention to specific detail in the story itself reflects my background training and experience in both education and psychology.

The monsters are constructed in the basic colours familiar to, and being learned by, young children; the landscaping colours the monsters are set against are soft and calm. The shapes of the monsters are simple. The monsters have potentially frightening attributes but are pictured in static, non threatening poses. The monsters grow in complexity throughout the story as the child becomes more involved in the game of creating monsters.

The level of reading and language usage is geared to young children with the exception of the word ‘imagination’ which is repeated often to enable mastery of the word. Independent reading-wise I have found that children from Prep through Grades 1 and 2 enjoy reading the story. And, they do love mastering a ‘big’ word like ‘imagination’.

The childhood fear is not trivialised, ignored or disbelieved by the adult but acknowledged in a manner that makes it possible to confront and explore. The child, Amelie, drives the resolution of the fear in her own way by imagining a completely non-threatening pink, dancing monster. The concept of the strength and range of the imagination is illustrated in the safe and familiar environment of a local cafe, in the company of a caring adult mentor. Perhaps this manner of dealing with fear may be transferred to other imaginary fear scenarios.

The Victorian Department of Education is encouraging teachers to consider ways of building resilience in children. I believe that ‘Are you afraid of Monsters?’ can be a useful tool in the drive to foster resilience in young children. Elusive fears of an abstract nature (such as fear of monsters) are common in four to seven year olds; they have not yet learned to consistently and reliably distinguish between fantasy and reality. Monsters become a tangible symbol for everything that is confusing, scary and potentially harmful. Most children are blessed with a vivid imagination which can contribute to their fears. A key feature of resilience is the ability to create coping strategies; this book shows children how to address a common fear and adaptively develop an effective coping strategy using their imagination to positively create mastery over their fear.

Readings of the book in libraries and schools both in Australia and Europe have generated imaginative craft and artworks by children and useful class discussions around fears. I have received comments from parents, grandparents, teachers and librarians to the effect of: “a beautiful book”, “the first book my grandson was interested to read by himself”, “the catalyst of the most productive class discussion ever with a group of children with behavioural problems”, “her favourite book”, “that’s a good story” and even “the whole book is just awesome”.

My decision to self-publish the book was driven by the inheritance I received on my mother’s death. The money meant that the book could be printed to a high quality standard in Australia with appropriate ethical and environmental principles. I liked that freedom. And, I felt that this book was a both a fitting tribute to my mother’s parenting skills and an excellent use of her legacy.